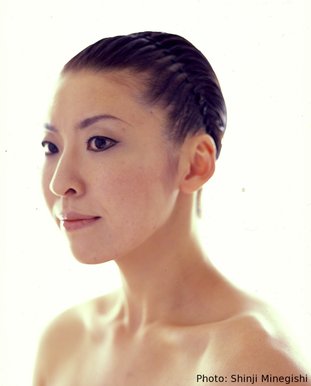 Chizu was born in Japan in 1981, and started dancing at the age of five.

She trained at Legat School of Dance and London Studio Centre in the U.K before joining the Vienna Festival Ballet in London in 2002.

She also appeared in some commercial works such as "Sony Ericsson" and "JELL-O".

Since 2008, she started working on her own projects.

Her first piece "waver" was premiered in October 2009 in Berlin.

She formed TANSIK, an experimental group with contemporary dance and live music, in 2009 with a Berlin based Japanese violinist Hoshiko Yamane.

Since December 2009 she gives classical training for advanced/

professional levels regularly at Center of Dance(Prenzlauer Berg) in Berlin.

She is also a certified GYROTONIC® and GYROKINESIS® trainer.